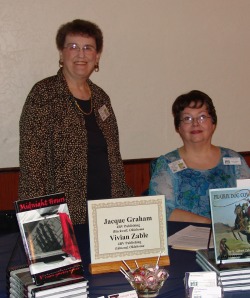 In the photo to the left are Jacque Graham, standing, and Vivian Zabel 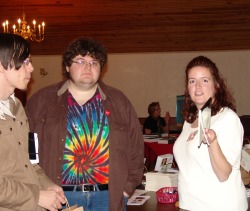 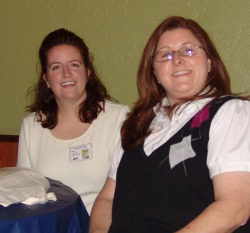 Suzy Koch's book Being Jacob: First Day of School hasn't been released yet, but she was at the book festival handing out brochures about her children's book.
In the photo, Suzy and Dana take a break between crowds of customers and lookers. 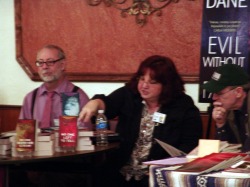 Although Jordan Dane isn't an official member of Pen and Keyboard Writers, we claim her as an unofficial member until such time as she says, "No way."
She discusses her book with a gentleman while another OWFI member, Bob Avery on Jordan's right, waits for another visitor.